Aeolian Scale vs. The Minor Scales | How to Leverage These Sad and Beautiful Sounds

Music has so much power over human emotions. Yet, frequently, songwriters are unsure how to pick notes and chords that effectively represent the sentiments in their lyrics.

The key to understanding how to do this well is through learning scales. If you are looking to invoke feelings of sadness and melancholy, then it's vital to understand minor scales and modes. 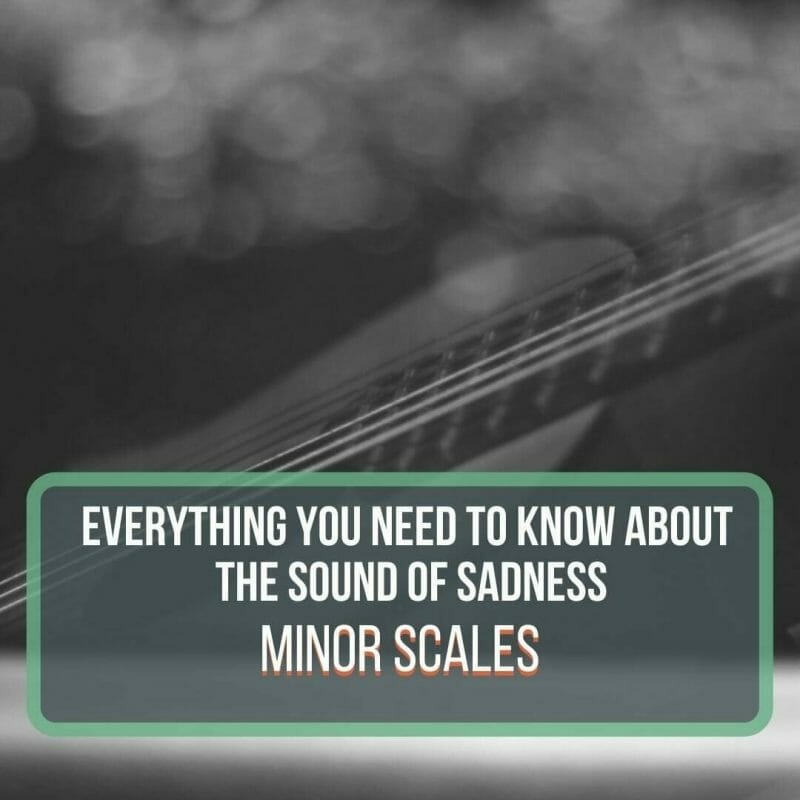 Four main minor scales are popular among composers/songwriters. These four are:

This article will discuss all minor scales and how they relate to one another and are different.

You’ll know how to use the Minor Scales to connect with your audience by the end of this lesson.

Suppose you have some familiarity with music theory. In that case, you might wonder what the distinction is between the Aeolian Mode and the Aeolian Scale.

The answer is: “nothing.”

It’s technically inaccurate to call a mode a scale. Still, I’ve found people find it easier to comprehend the idea of modes as a type of scale. We will discuss the relationship of the Aeolian Mode to the minor scales in a moment.

For more in-depth information on Modes of the Major Scale, please refer to my article “How Music Modes Enhance the Feelings in Your Song.“

Is the Aeolian Scale a Minor Scale?

Yes. Because Aeolian’s third note is a minor third, it is a minor mode (or minor scale).

What is the Aeolian Mode?

The Aeolian Mode (or Aeolian Scale) is the sixth mode of the major scale. Its sound can be characterized as sad, haunting, and moody.

It’s the second most used mode in popular music behind the Ionian mode (the major scale).

The Aeolian mode is also popular in film music and is heard throughout many types of film genres.

What Major Scale Degree Does Aeolian Start On?

Aeolian begins on the sixth scale degree of the Major Scale.

For example, if you are playing the C Major Scale, you would count up six notes to A. If you made A the tonic note, you would be in A Aeolian.

What Are the Minor Scale Intervals?

What gives a mode and the minor scale variations their distinct sonic flavor is the differing interval pattern. For example, here are all the minor scale intervals in comparison to the Major Scale.

For example, the Relative Minor of C Major would be A Minor.

The Natural Minor is the “default minor scale”; however, it is less harmonically stable than other minor scales.

The Aeolian Scale vs. The Harmonic Minor Scale

This gives the Harmonic Minor Scale a more middle-eastern vibe to melodies. This melodic sound is prevalent in Flamenco Music and pairs well with the Phrygian Mode.

The Harmonic Minor Scale is better for harmonically resolved chord progressions (it’s called harmonic for a reason). Because the raised seventh modifies the minor five chord of the Natural Harmonic Scale to a dominant seventh chord, the result is a perfect cadence, as you would find in the major scale.

So if you are looking to create a more committed and satisfying harmony in your song, it would be good to try the Harmonic Minor instead of the Aeolian.

The Aeolian Scale vs. The Melodic Minor Scale

The Melodic Minor Scale was developed to fix the large interval gap in the Harmonic Minor’s raised seventh. The raised sixth gives it a smoother melody in comparison to the harmonic minor. However, the chords created with the Melodic Minor are more clunky (We have examples later in the post).

The Melodic Minor Scale is rare for modern popular songwriting and is generally found in jazz music. Some may even call this a jazz scale.

The Melodic Minor is also simply a Major Scale, but with a minor third.

Can You Alternate Between Different Minor Scales in Your Songwriting?

Yes. Many songs often alternate between different minor scales. Sometimes these changes happen in the same melodic phrases. This is what makes the minor scale unique and flexible.

How to Play the Aeolian Mode

Now that we understand the differences between the minor scales and the basic music theory behind them let’s look at how we can implement them into our songwriting.

I find it’s easiest to start with chords when getting a feel for the difference in minor scales and modes. Then, hearing how the notes stack harmonically is a great way to understand the sonic characteristics and impact on your music.

What Are the Chords of Aeolian Mode?

The chords of the Aeolian Mode (Natural Minor Mode) are less stable than the Harmonic Minor. The Minor Five Chord doesn’t resolve into the Tonic Chord as satisfying like a Major Five to the Tonic. Play around and listen to how the chords create tension and release.

What Are the Chords of the Harmonic Minor Scale?

The chords of the Harmonic Minor are the most stable and resolute of the minor scales. Play around with the Four, Five, and Tonic Chord to hear the tension and release.

What Are the Chords of the Melodic Minor Scale?

The Melodic Minor Chords are the most clunky of the three scales.

How to Play the Aeolian Mode on Guitar

Here’s a quick guitar lesson for you to implement the Aeolian Mode (Natural Minor Scale) into your repertoire. The following are all in G Minor.

How to Play the Harmonic Minor Scale on Guitar

Here’s a quick guitar chart for you to implement the Harmonic Minor Scale into your repertoire. The following are all in G Minor.

How to Play the Melodic Minor Scale on Guitar

Here’s a quick guitar chart for you to implement the Melodic Minor Scale into your repertoire. The following are all in G Minor.

What Notes Are in Aeolian (Natural Minor Scale)?

What Notes are in Harmonic Minor Scale?

What Notes Are In Melodic Minor Scale?

Songs that Use the Aeolian Mode (Natural Minor Scale)

Gotye “Somebody That I Used to Know”

Elliott Smith “Everything Means Nothing to Me”

Songs that Use the Harmonic Minor Scale

Songs that use the Melodic Minor Scale

What to Do Next

The Minor Scales are a great way to bring a foreboding, moody, and sentimental tone to your music.

Understanding how to use all three minor scales in your songwriting will improve your skills tremendously and help create more interesting melodies and harmony.

Experiment with the different scales and modes with your next song. If you struggle with the songwriting process, I’ve created a great article, “How to Write a Song in 5 Simple Steps” for you to check out now! 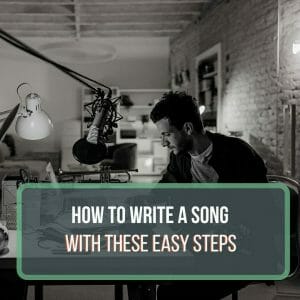 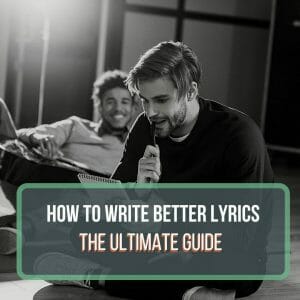