Music theory can be confusing. There are so many rules and exceptions that it's hard to keep track of them all, especially for beginners and self-taught musicians.

Understanding enharmonic equivalents is a great way to get started with basic music theory because of its simplicity.

Suppose you're interested in learning more about music theory and how it applies to your instrument. In that case, this article is for you! 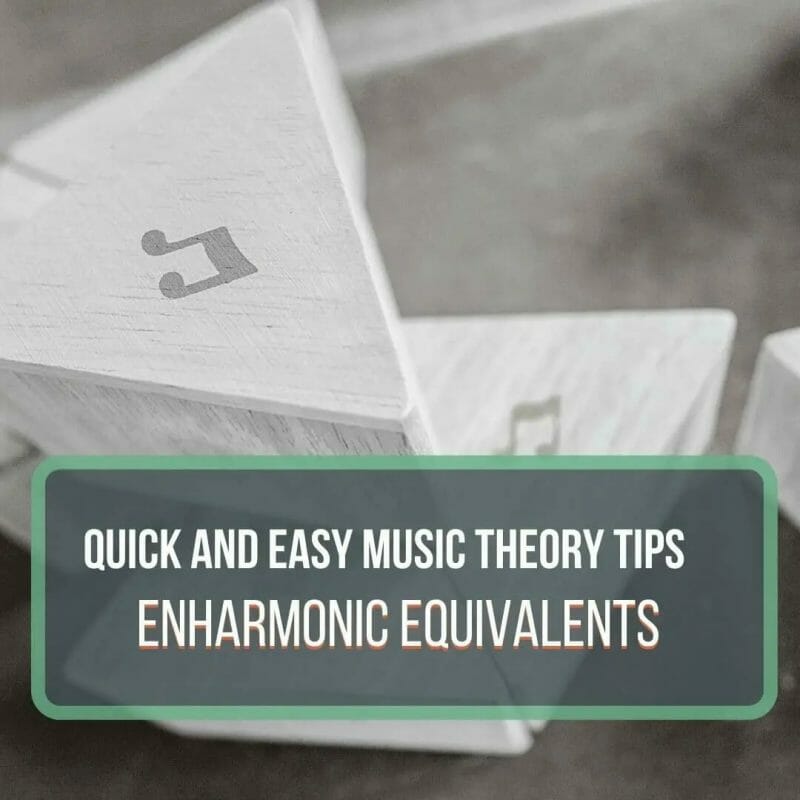 What is an enharmonic note in music?

In music notation, sometimes a note can have two different names but have the same exact pitch.

For example, a C# is also a Db. These two notes share the same “pitch center,” which in music theory terms is called enharmonic equivalents.

But why have two names for the same note?

This is a great question, and the simple answer is it is dependent on what key signature you are playing in.

In western music, you traditionally have seven notes within any diatonic scale (major, minor, etc.). So it will always be some sequence of A, B, C, D, E, F, G with differing sharps and flats.

You will never have a critical signature that omits one of these notes. So, for example, the notes in the Gb Major scale would be Gb, Ab, Bb, Cb, Db, Eb, F.

However, when playing this key signature on a piano, you would be tempted to call the Cb a B because these two notes are enharmonically equivalent. However, you would then have two “B” notes in your scale, which isn’t theoretically accurate.

How do you find enharmonic equivalents?

Finding enharmonic equivalents is relatively easy, especially when you are using a piano.

Every note can be flattened or sharpened. When you add a flat (b) or a sharp (#) to any given note, you will play the note’s enharmonic equivalent.

However, a note by itself isn’t what creates melody or harmony. The intervals (distance between notes) in a scale give a note its sonic quality. So while a pitch might have more than one name on paper, it doesn’t mean anything outside the context of scales.

What Are The Different Types of Enharmonic Equivalents in Music?

However, some of these key signatures can get quite complicated if you choose one key over the other. As stated earlier, the western music scale has seven notes that are used in every scale. To keep this music theory intact, you will be introduced to double flats and double sharps.

For example, Eb Major’s enharmonic equivalent key signature, which is D# Major, introduces a double sharp in two of the scale notes.

When written out in notation, this can be a bit of a nightmare. It would be best to use the Eb Major enharmonic equivalent key signature instead.

Remember earlier when we mentioned that it’s the intervals that define the sound of a particular scale?

They are the same exact interval, but the note you choose determines the technical name for the interval.

However, there is also some debate as to whether or not you could call inversions an enharmonic chord.

For example, an Amin7 chord would contain the notes: A, C, E, G

While a C6 chord would contain the same pitches just rearranged: C, E, G, A

While the notes are presented in the same way, the chord name changes. So this could be another way of thinking of an enharmonic equivalent chord within your songs.

The topic of harmony is a much more in-depth topic. I would suggest you check out my article titled “Use Harmony in Music to Bring Vibrancy and Depth To Your Songwriting” to better understand chord theory.

How Do You Choose Which Key to Write With?

To be completely honest, most of the time, you will not worry about enharmonic equivalents in your songwriting. It’s just different names for the same thing. However, it makes a more significant difference when you are trying to read sheet music.

While you could write your song in Fb Major, it would look ridiculous on a music staff when you could simply write in E Major.

Next Steps to Take

As a songwriter, it will not ruin your career if you don’t understand what an enharmonic equivalent is. However, being aware of their existence will help you navigate key signatures and communicating with other musicians.

It also helps you understand the relationship between music intervals and notation, which many self-taught musicians lack.

If you want to get a better understanding of practical music theory tips for your songwriting, then read my article “The Major Scales: The Key to Great Songwriting.” This article will help you break down the most crucial scale. Hence, you’ll understand the fundamentals and be confident in communicating with other musicians, and, more importantly, write better songs. 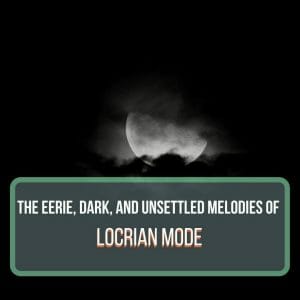 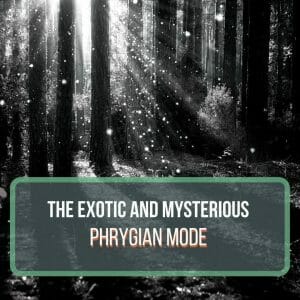